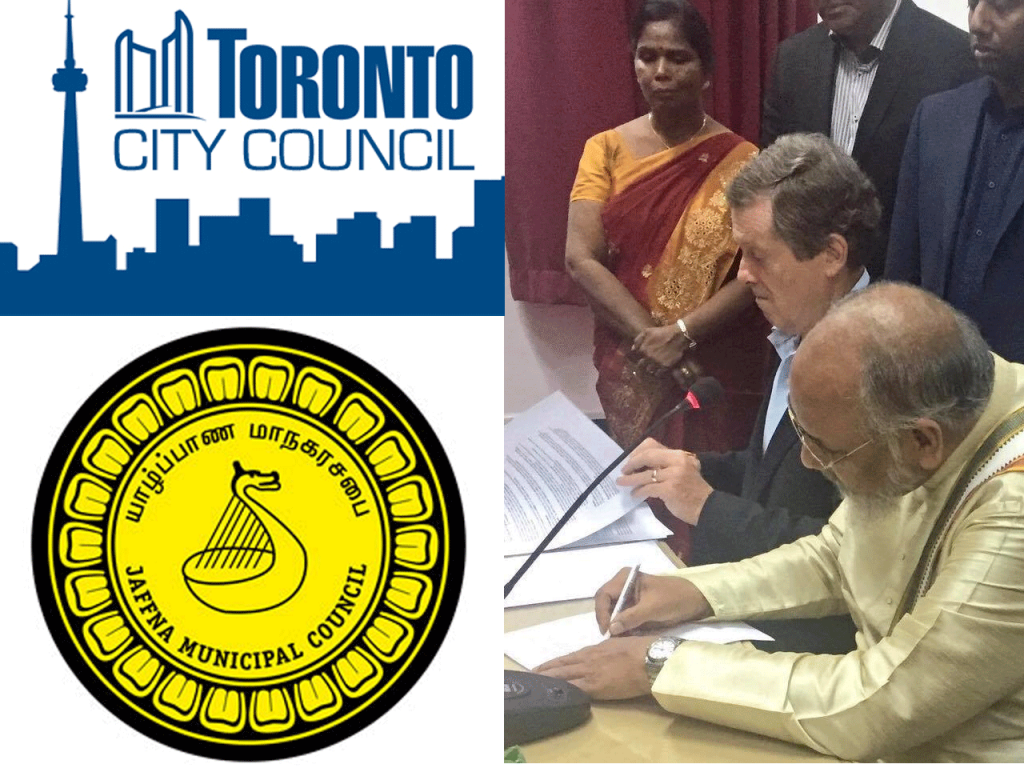 The Largest, Outside the Sri Lanka, Tamil living City of Toronto and the Tamils heritage city of Jaffna achieved another historic moments of establishing a link, as Toronto Mayor John Tory , In the midst of his 10-day business mission to India,  is visited Jaffna this weekend. The Mayor is being joined by Economic Development Committee Chair and Toronto City Councillor Michael Thompson and newly elected Toronto City Tamil Canadian Councillor Neethan Shan. 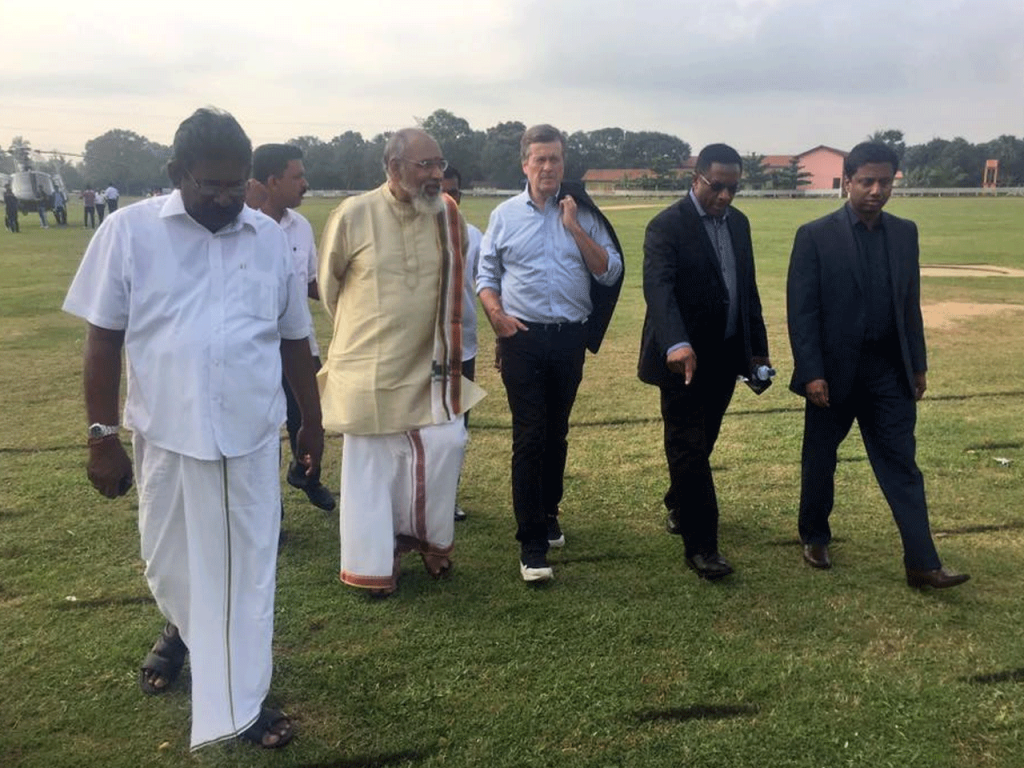 The Mayor, on behalf of the City of Toronto, signed an agreement (MoU) with the City of Jaffna, in the presence of Chief Minister of Northern Province, Hon. C.V. Wigneswaran at the Jaffna Public Library. The library was built in 1959. It was once one of the biggest libraries in Asia, containing over 97,000 books. In 1981, the library was burned in anti-Tamil riots . The burning of the Jaffna Public Library was an important event which eventually caused the Sri Lankan civil war between major communities. 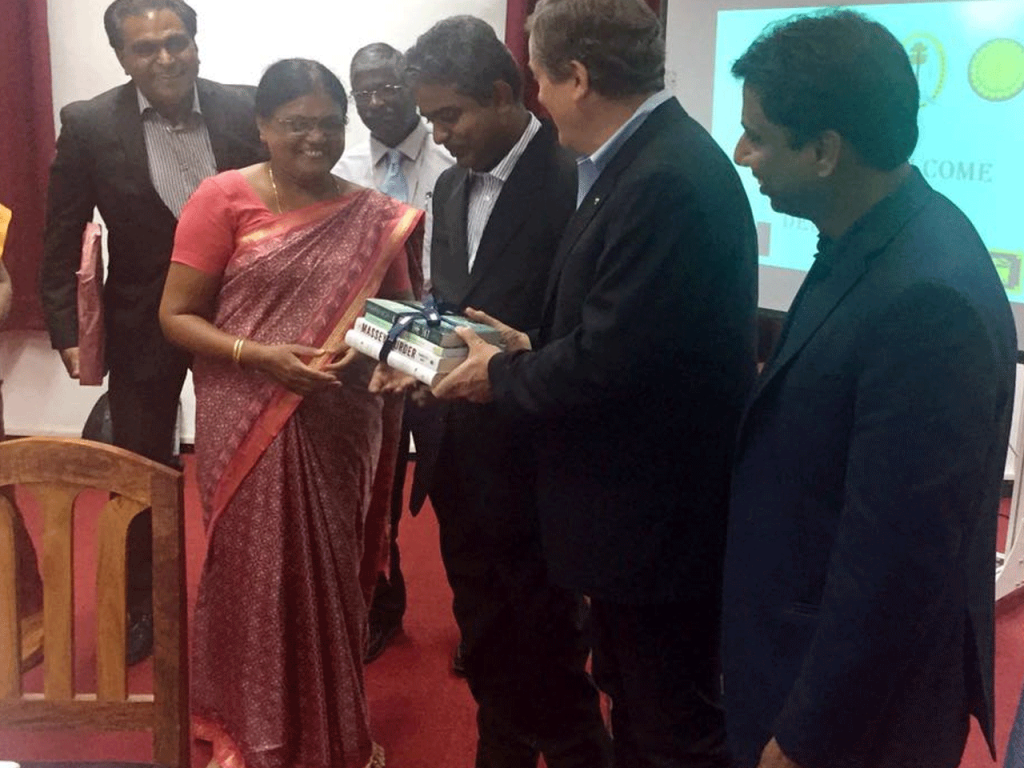 Councillor Shan stated “Just based on the initial conversations alone, I am very confident that a number of much-needed initiatives will come out of this agreement, including potential collaborations at universities, library services, city planning, city infrastructure and responsible economic development.”

Toronto is home to the largest Tamil-speaking population outside of Sri Lanka. The Mayor is in Sri Lanka to learn more about where the Tamil community is from, why they left Sri Lanka, post-war developments, economic opportunities and to visit places of importance for the Tamil community