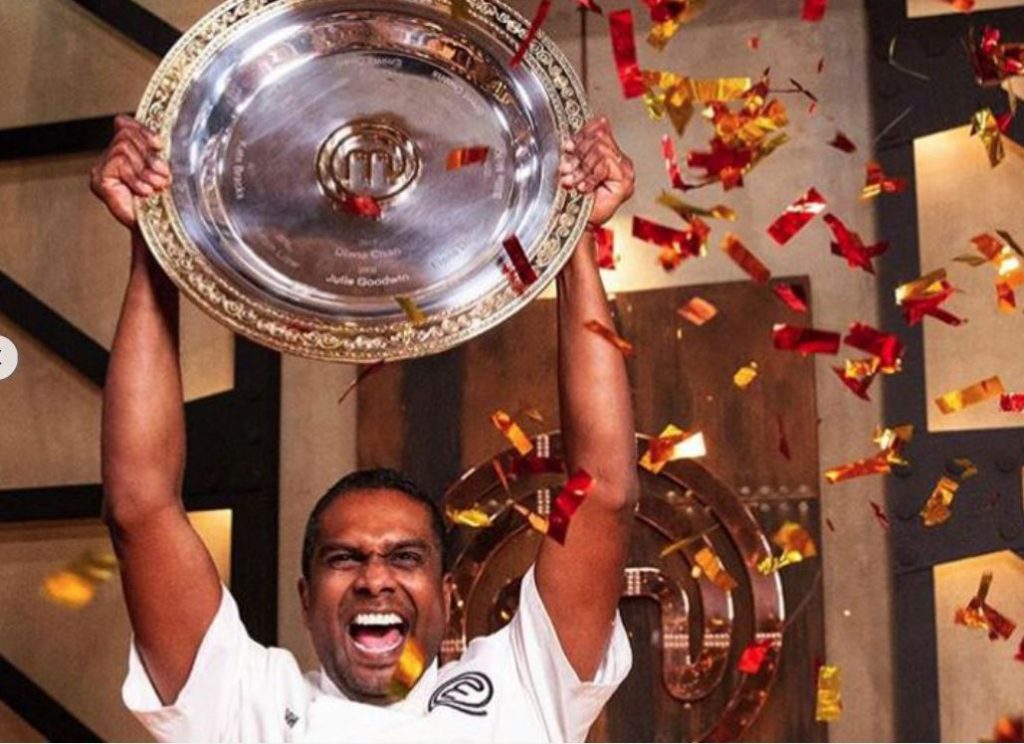 Sashi Chelliah , Singapore born Tamil , star police officer in Singapore and prison officer in Adelaide took the headlines of Australasia when the announcement came “And the winner of MasterChef Australia 2018 is Sashi Cheliah”. The confetti came down as he lifted the coveted trophy and the other contestants ran to the centre to lift him on their shoulders.

Only in last July 10 , Sashi walked down the victory path with whopping 93 our of 100 in the finals of the eleventh season of MasterChef Australia , but now a celebrity of Australia.

Sashi actually started cooking in 2012 , and was crowned the winner of MasterChef’s 11th season , defeating rival Ben Borsht. A man of many surprises, Sashi who was born and brought up in Singapore, traces his roots back to India, with his grandparents originally from Madurai. Sashi shares a deeper bond with Indian food. He recalls his earliest food memory of having watched his mother and aunts cooking. “My first memory goes far back…when I was 10 or 11 years old. Whenever my mom or aunt used to cook, I would be hanging out in the kitchen,” he says. 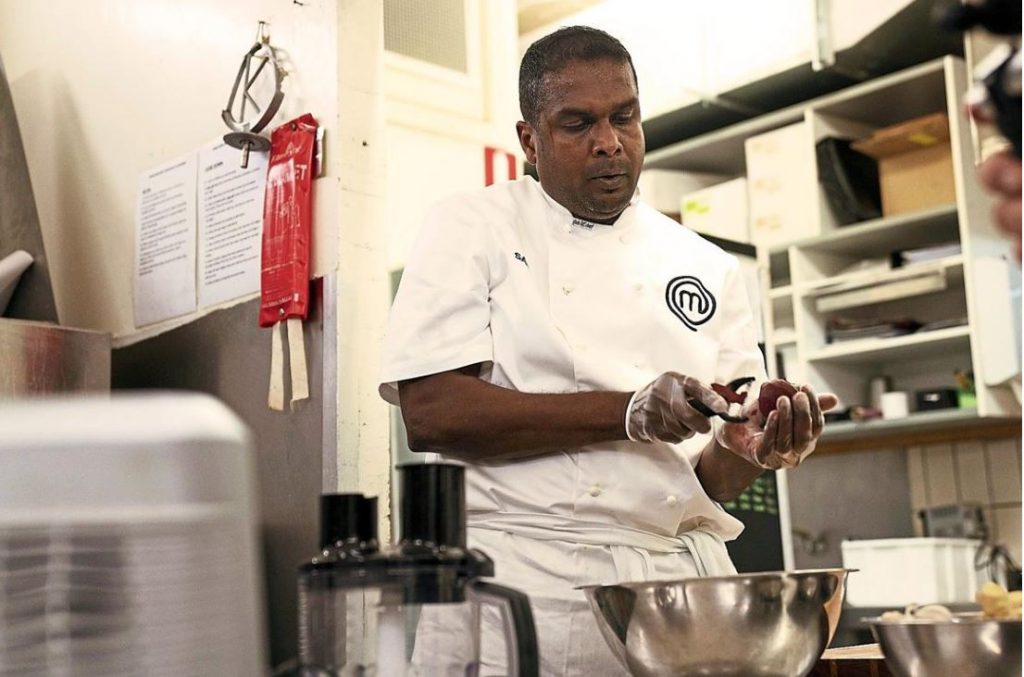 His favourite Indian food? “Definitely biryani is my favourite. I love cooking it at home! Anything that is spicy…I love spicy food!” he says,

“My comfort food, however, is sambar with rice.” -Sashi Chelliah

Sashi admits that the prized chilli is the king of his kitchen shelf. “I have two favourite ingredients, one is chilli and the other is lemongrass. They will always be present in my fridge and kitchen,” he adds. 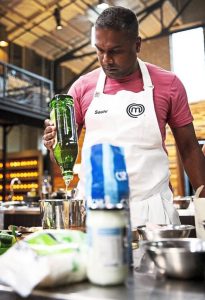 He says although nothing on the show was staged, there was a heightened sense of anxiety and stress during the challenges that made the experience different from a real-life professional kitchen.

“A real-life professional kitchen is a bit more organised and systematic because they do a lot of prep work in advance and make sure they are ready for service. In the MasterChef kitchen, it’s a bit chaotic because it’s a competition. It might look a bit messy, but it’s because it is meant to be like that, because they want to increase the tension and see how we perform under stress,” he said.

“Gordon Ramsay is my idol! Nigella (Lawson) always makes the process of cooking food very enjoyable. This is something that all chefs should learn from her, which is when you enjoy cooking food…the flavours of the food come out better. She does that very beautifully and gracefully! I love Matt Sinclair’s work too and I can relate a lot to his kind of cooking. It’s very hearty and rustic,” says Sashi.

Moving forward, Sashi is planning to start a pop-up restaurant called Hawker in Melbourne, which will serve as testing ground for the Indian-influenced restaurant he hopes to open one day. The pop-up will serve authentic Chinese, Indian and Malay fare like prawn Hokkien mee, lamb biryani, Kerala pepper chicken, ayam masak merah, beef rendang and cendol.
“I’m doing very simple, authentic food so it’s what you would have if you went to a typical hawker centre,” he said.

Why Sashi Cheliah is feeling “scared” after his record-breaking Masterchef win. He shares his career plans.

MasterChef Australia: Why this season is the best yet 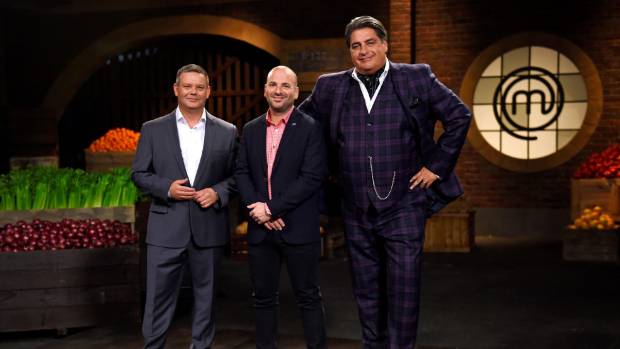 OPINION: Having multi-cultural contestants is great, now we just need to change the hosts.